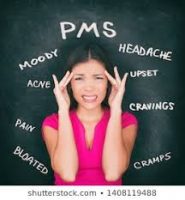 Four month ago I started to experiment with GaNS and plasma and I´m drinking the 1Cup1Life daily for 3 month now. I´m also using other liquid plasmas to spray my house and property and I´m using it for the plants in my garden.

I´m in my 40ies and never in my life had to keep track of my period days or write them down, because I have a grumpy day 5 days before it starts. That´s my announcement and I know 5 days later I´ll get my period. This is commonly known as Pre-Menstrual Syndrome (PMS).

Now since I´m drinking the plasma I don´t have this grumpy day anymore and I got surprised with my period without being forewarned. Now for the first time in my life I have to write down my period days in order to know when they are due. Interesting new experience for me…

So if the plasma is an energy balancer and in that case a hormone balancer, that might be very helpful for the time of the menopause. I will find out within a few years… 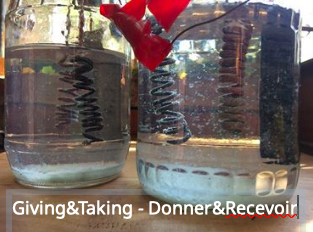 This is about my first Cup of Man. Aviram, who gave me the instructions of how to put the Cup of Man together, had told me to always put my intentions and prayers in each cup, which I completely forgot, because I focused on technical part of it. I wanted to make sure I get the connections of the cables right.

I prepared the cup a nice spot on a shelf and was pleased with the result. Then I wanted to put my attention somewhere else, but felt very tired and exhausted. First I thought I will lie down for a moment and then get to what I wanted to do, but instead I went to bed right away. It was only 8pm and I slept 10 hours through till next morning.

I somehow knew that my tiredness had something to do with the cup, so I asked Aviram about it. His opinion on it is, that I forgot my prayers and that the cup brings things in balance. I left an imbalance by not giving first (focusing on my intentions) and the cup compensated it by taking some of my energy.

I am grateful for that lesson, now I´m pretty sure I won´t forget my prayers and intentions anymore!

Cup of Man by Wamae 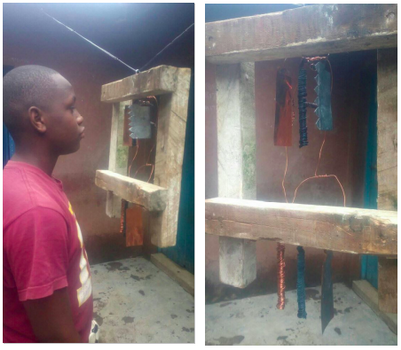 This is a version, made by Wamae from Africa of the Cup of Man which shows a lot of deep understanding. No water, no salt…

Wamae explains: “The soul enhancement unit is ready. Additional input is most welcome. Disclaimer; this is my understanding of the teachings.”

“Stand in front of it, its a copy of your self, your two souls, the soul of man and the soul of physicality. Its addictive. You don’t want to leave.”

“Its the beginning of the interaction with the system. Let’s give it a while and see. The soul has to open up as a process so that it orientates with the physicality and its complications. I believe its a process of two entities getting into an intimate connection.”

She worked in a hospital in North Italy, that had been dedicated to only Covid-19 patients; her husband worked in an old people’s home. Both got infected when they were in a lot of stress: too little employees for too many patients. She learned about the 1C1L before she got infected but she made it only after she had been infected.

Her symptoms were a lot of headaches and her husband was experiencing severe lung conditions.

Once infected the hospital did not help them much; they did nothing apart from daily inquiries by phone about their physical condition. So they stayed home and helped themselves. This turned out to be a blessing; their relationship became much deeper as they went through the protocol together and they added the Ho’oponopono meditation and other spiritual practices which they did together as well.

After one week the symptoms for both of them disappeared. But in the second week she got severe stomach aches. After some difficulties, she finally managed to make the Cup#2 and start the protocol for the infections phase II.

Yesterday and today she did the prescribed hospital test (people who are tested positive have to test every week once until they are negative). She was the only person in her group who tested negative – all the people treated conventionally stayed positive.

They both are very grateful for the 1Cup1Life as well as the active help from other knowledge seekers. Now that they have recovered, they feel they are on a mission to help as many people as they can to overcome the virus infection. 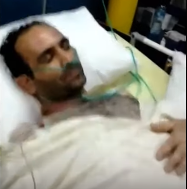 M. Keshe showed the video of a Man in the last stages of the Corona virus infection; according to conventional medicine he had already passed the stage of non-return. The doctors in the hospital who knew he was dying let the family do whatsoever they wanted. The sister, herself a nurse administered the 1C1L-protocol.

After a few hours the blood pressure and the breathing frequency both dropped. The next morning already he was discharged from the hospital.

Her testimony is here. She has not been making the 1C1L and do the prevention protocol (even though she had learned about them) when she’d been hit by the virus in the ovaries and uterus. A lot of body cells were damaged. You see the calcification of the bone as a white dot under the fingernail. If such spots appear in any part of the body and are not treated wth the 1C1L, 6 months later the person will develop a cancer in that area.

The symptoms of the corona in the ovaries felt like electrical current or burning in the ovaries. The first time she applied the liquid plasma there was a yellow discharge from the uterus; that was the body ejecting calcium.

Doing the protocol the symptoms disappeared within 15 hours but the body remained weak for a 3 weeks trying to repair the damaged cells (calcification).

Her testimony is here. She got the infection while travelling by plane from Mexico to France. 5 days after her arrival in Paris, she got hit by fever, but didn’t worry because the she had brought her 1C1L with her but didn’t follow any protocol as yet. M Keshe and Carolina made her follow the protocol and after 3 days the symptoms seemed to disappear but on the 4th day she felt severe pain in the stomach, she couldn’t sleep and the fever came back. M Keshe consequently changed the protocol to the second phase of the infection:

During the whole process of the infection and treatment, she was collected and calm – there was no fear.

There are many examples of cures in China, but the Chinese government offended by the open declaration of the KF that they are steeling technology, refuses to share the results. The examples from Iran stay in contact with the doctors after their cure for observation purposes; medical details can be made available to health professionals.

People I come here to thank because until yesterday I was desperate in relation to my mother who had been hospitalized for two weeks and the doctors were having difficulty to find the diagnosis, she was with several symptoms of the corona virus, but yesterday I found a person from Belo Horizonte – Brazil, who got me a small bottle of 1C=1L-GaNS.

My mother’s breathing was assisted by machines, but yesterday at lunch time I went there and gave her a small bottle, I think it had about 300 to 500 ml of water with GaNS. I told her to take about 100 ml every hour.

She took it and today she doesn’t need assistance for breathing anymore and said that the water helped her a lot, she still feels a little bit of headache, I’ll see if I can get her more of this water to continue her treatment. She got so much better that the doctors will release her this afternoon to continue the treatment at home. I thank you all from my heart.

I want to share an experience with the 1Cup1Life.

On Sunday, we organized a big party for the 30th birthday of my son Romain. His blood grandfather could not be present because he was hospitalized due to a “pneumonia”. As soon as I got the information, I asked my guides if I was allowed to intervene on “Dady”.

Answer ok. I plugged into Dady, and I measured his energy potential which was only 25%. Then I asked if 1C1L was good for him: yes

It’s going to end tomorrow at noon. His energy’s already at 90%. He was released from the hospital Tuesday morning.